In beautiful sunshine we cycled to the two closest monuments.

First to Haus Arff, a maison des pleisances from the 1750. We have passed it quite often but had never been inside.

Until 2013 it was a private residence and is now an event location. 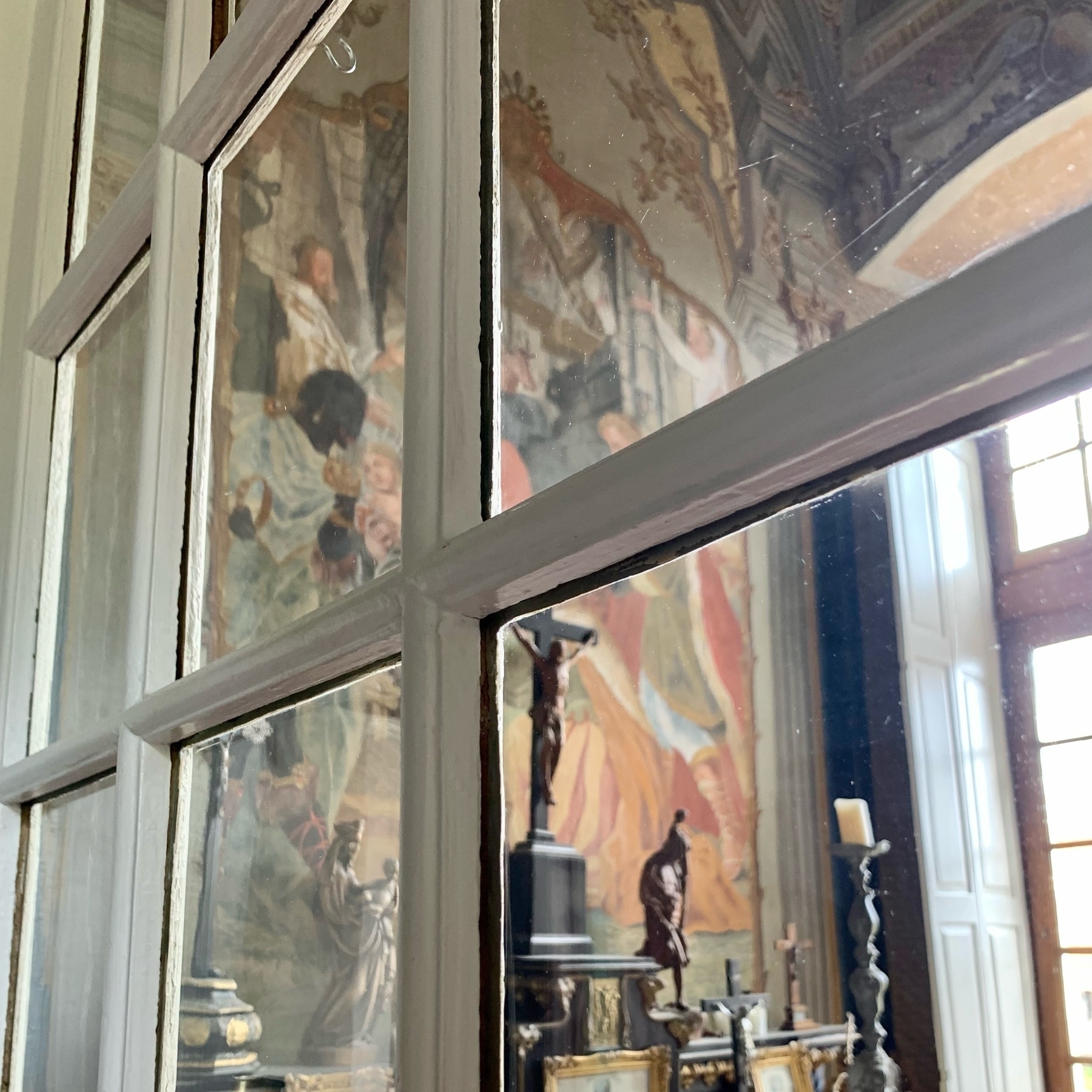 Then we cycled to Haus Orr. Until quite recently this had been in ruins. In a first preservation effort in 1986 the floor of the upper level was removed and a new roof installed. In 2010 it was renovated and now also is an event location.